This post is in response to the recent announcement that Jody Schoger, co-founder of the #BCSM Chat and Community, has entered home hospice as her treatment is no longer effective. Jody has metastatic breast cancer.

I posted this on Facebook but want it to live here on my blog as well.

The impact you have had on my life is profound and far-reaching, all the more so because you were always "just" being you, doing what you do.

Jody, you're The Person who quickly "saw" me, reached out and welcomed me to the wild wild world of Twitter in late 2010/early 2011.

You encouraged, mentored, and supported me in so many different ways.

Here's one of the most important: I don't know if you know this, but you are one of the advocates who set the example and inspired me to cease posting anonymously and take the terrifying step of being Out to the world at large as a person who has had cancer. And this was at a time when I was so extremely vulnerable and fragile in body, mind and spirit, just months after finishing treatment and surgeries for my 3rd cancer.

You are responsible for helping me somehow make it through that terrible day I experienced at the first breast cancer conference I naively attended: C4YW, February 2011: I didn't understand that attending a conference could trigger me, because I didn't understand that I had PTSD from Medical Trauma. Your DMs (direct messages) with me that day were a precursor to what we came to fondly call the #BCSM batsignal.

A few months later, you encouraged me to apply to Stanford Medcine X, we were both accepted, and you offered to be hotel roomies. The first time we spoke on the phone (to make those arrangements) we joked about hopefully not being axe murderers :-) 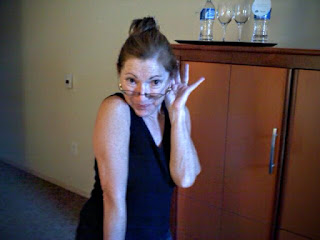 This photo of you is from that hotel room, after we had finally met in person. I will never forget how much FUN we had, feasting on delicacies we picked up at the nearby Trader Joe's, and goofing off by speaking in French accents.

I feel like I captured your sense of humor, joie de vivre and playfulness in this shot. Such a necessary contrast and corollary to the seriousness of our purpose. 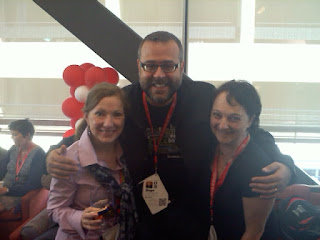 The other photo symbolizes, to me, the profound impact you have had on the world beyond Breast Cancer.

You, Hugo Campos and myself at that first Stanford Medcine X (technically, it was Med2), members of that group of founding ‪#‎ePatients‬ who, thanks to Larry Chu's invitation and challenge, came together to co-create and participate in an academic medical conference as equal stakeholders.

Jody, know that I carry you with me always.

Thank you for lighting the path and showing me the way

All my love and gratitude,


Update, Wednesday, May 18, 2016: I woke up to the news that Jody died this morning. Please read this beautiful tribute to her by #BCSM's co-founder, Alicia Staley: "Good Night, Jody." 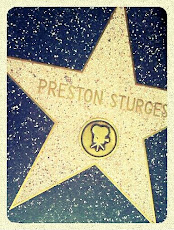